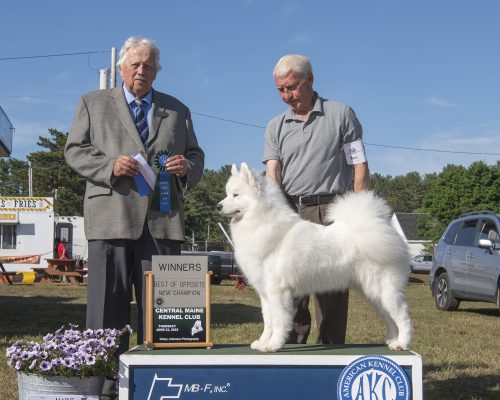 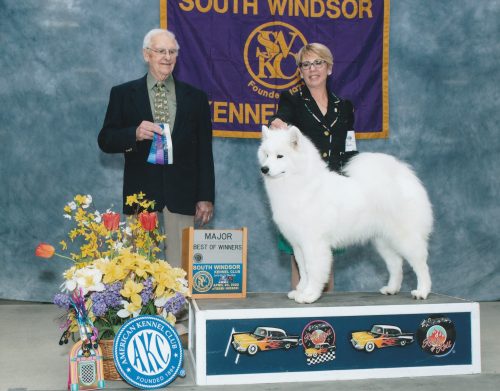 Flirt finished her championship in style taking Best of Opposite Sex expertly shown by Paul Levesque. Flirt picked up her first points at this show in 2021 and finished 1 year later at the same shows.  We just love this girl.  We are planning her first litter this Winter. Stud still yet to be determined.

Flirt won her 3rd Major on May 21, 2022 at the Southern Maine Coastal Classic show. She is now one single away from her championship title.

Flirt won Winners Bitch and Best of Winners for her second major, April 24, at South Windsor KC show in W Springfield under Judge Robert J Shreve. Expertly shown by Kaki Fisher. She is now 4 singles away from her AKC championship.

Flirt recently showed at the SCA National in Colorado, September 2021, where she took 4th in a very competitive Futurity Class.

Flirt took 3 Best of Winners earning 8 points, including a 4 point major at the Cumberland Maine shows Summer 2021. Flirt also won Best Bred By exhibitor in Breed and a Best Bred By Exhibitor Group 1 placement.  We are looking forward to a very exciting show career with her.